Don’t look for a city on Maui. Even Lahaina, once Hawaii’s capital, is small, with historic buildings, good restaurants and a waterfront I had to stop to admire. In the background is the island of Molokai.

Most of our Maui adventure was spent on the water or on the beach. But we had to explore the town closest to our resort. Lahaina was the capital of the Kingdom of Hawaii in the mid 1800s. And there are reminders of its history of sailors and missionaries, including the remnants of the thick walls of an old fort, the Baldwin House and the Master’s Reading Room.

Front Street runs along the waterfront (no surprise) and houses lots of good shops, restaurants and galleries. 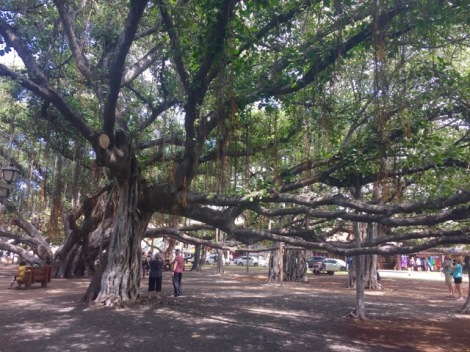 The banyan tree spreads its branches to visitors and has since 1873.

It also is the site of the Banyan Tree. This tree takes up an entire block and could provide shade for a pretty good crowd. Planted in 1873, it marked the 50th anniversary of Protestant missionaries in Lahaina. How big was it 145 years ago? A sapling, no doubt. Now it covers an acre.

We mixed a history lesson with shopping—and, of course, eating. 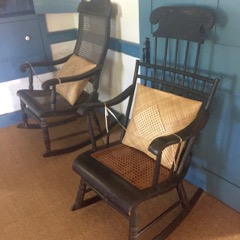 Don’t you love to peek inside old houses? The Baldwin House is the oldest house on Maui. Home to a missionary doctor, it expanded over the years and commands a great spot right on Front. Most of the furniture inside has been collected from other places, except for a couple of chairs. Our ticket also included admission to the Wo Hing Museum, with its reminders of Chinese immigrants. The adjacent cookhouse runs films shot by Thomas Edison a hundred years ago. They were worth a stop. 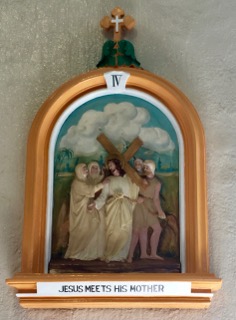 Stopped in Maria Lanakila Church which has its own Hawaiian touches. The stations of the cross feature palm trees and the statues are draped with leis.

The shops offer the usual assortment of souvenirs but it isn’t hard to find something you really want to take home. A couple of shops feature locally-made handcrafts. When I blew out my flip-flops, I got a Hawaiian-made pair at Island Sole. If our baggage wasn’t heavy enough, I could have taken home plenty of other things from paintings to chocolate-covered macadamia nuts. 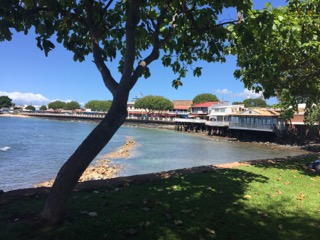 The restaurant scene is a mix of casual dining with snacks. We tried Maui Swiss Cafe for its breakfast crepes (seating is in a parking lot but the crepes are delicious), had coffee at Bad Ass Coffee, wondered why a Baltimore sno-ball can’t be more like Hawaiian shave ice at Local Boys, and one of our best Maui dinners at Fleetwood’s on Front Street. This place is hopping so make a reservation–and ask for a seat outside. You’ll be directed up to the rooftop deck, a great place to enjoy the Hawaiian breezes and away from the very loud main dining room. We were glad we waited (even with a reservation.)

Lahaina may not be the capital of Hawaii anymore. But a visit is a capital idea.